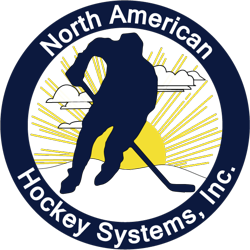 SYHA in partnership with the North American Hockey Systems are proud to  provide the very best skating & hockey skills instruction for all ages and level of players.

The Dave Randall clinics will be held every Wednesday beginning on October 1st thru February 25 (for a total of 20 sessions). There will not be a clinic on Wednesday, December 24th or 31st.

Coach Randall brings more than 42 years of year round teaching experience to NAHS. While originally from Barrie, Ontario, his family has owned and operated an ice rink in Troy, NY for over 52 years. Since giving his first lesson in 1974, and officially opening his hockey skating and skills school in 1978, Dave has also worked summer hockey schools for Bill Dineen, former coach of the Adirondack Red Wings and the Philadelphia Flyers. He was also the skating coach for Rensselaer Polytechnic Institutes men’s ice hockey team in the late 1980’s. His school has provided instruction to more than 30,000+ students over the years.

INSTRUCTION FOCUSES ON SKATING DEVELOPMENT, STICK-PUCK CONTROL SYSTEMS, PASSING, SHOOTING AND SCORING SYSTEMS. PRACTICE SESSIONS ARE HIGH TEMPO, YET FOCUSED ON THE SKILL DEVELOPMENT THAT LEADS TO THE HIGHEST LEVEL OF PERFORMANCE POSSIBLE FOR EACH AND EVERY PLAYER.